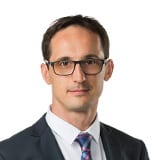 This article was written by David Evans - Senior Associate - Sydney

David has extensive experience in estate planning, estate administration and estate litigation. With a strong background in drafting wills and testamentary trusts, David has a keen eye for the various traps and pitfalls that allow a will to be contested. Dealing almost exclusively with claims under the Family Provision by family members seeking adequate provision from a will, David is...

Revocation Of A Grant Of Probate

The court has the power to revoke a grant of Probate or a grant of Letters of Administration where certain circumstances arise which give grounds for a revocation.

As a general rule, the court will not revoke a grant lightly. Where an application for the revocation of a grant is made, the applicant must show good cause for the grant to be revoked. Where an executor has already commenced the estate administration, or the revocation of the grant will cause serious delays in the estate administration, a particularly cautious approach will need to be taken.

The court will give great weight to a testator’s choice of executor and will not revoke a grant simply because it is desirable to the parties or because someone else wants to take over the role.

There are four broad categories where certain persons can apply to the court for a revocation of a grant:

Where the grant is based on a false or incorrect statement

The revocation of a grant based on a false or incorrect statement generally requires a significant level of evidence to be produced by the party seeking the revocation. The success of the application will depend on whether it can be proven that enough of the information provided to the court at the time the grant was made was incorrect and whether the court would not have made the grant if it had been aware of the correct facts.

The revocation of a grant based on a false or incorrect statement covers a number of grounds:

The deceased is alive when the grant is made

The court has powers to revoke a grant where the decedent is later found alive.

The grant is obtained by fraud or surprise

The court may revoke a grant where significant evidence is later produced to prove fraud.

Lack of knowledge and approval of a will by a testator

The court may revoke a grant where significant evidence is later produced to prove that the testator was not of sound mind when the will was made.

The court will generally revoke a grant where it was made to a person later found to be under the age of 18 years.

Later will or codicil produced

The court may revoke a grant where a later will or codicil is found, particularly that affects the appointment of an executor.

Next of kin incorrectly stated

Grant made to person having no interest

The court may revoke a grant where it is made to a person who is later found to have no interest in the estate.

Where the name of the deceased on a grant is later found to be incorrect, amendment of the grant is preferable, but the grant may be revoked.

Grant a nullity when made

Where a grant is made to a person who has died before the grant was made, the grant is a nullity and will be revoked by the court.

Circumstances may arise after a grant is made that render the grant abortive or inefficient. Where such circumstances are significant enough to cause a defect in the grant to the extent that the estate can no longer be properly administered, the court may revoke the grant.

The revocation of a grant based on a supervening defect in operation covers a number of grounds:-

Where the grantee has become incapable

The role of executor or administrator requires that certain duties be performed. Where the grantee is no longer able to perform their duties due to physical illness or loss of mental capacity, the court may impound the grant and make a supplemental grant of administration.

Breach of trust or conflict of interest and duty

A mere conflict of interest will generally not result in the revocation of a grant. Evidence must be produced that proves significant neglect, such as an executor absconding and taking the estate assets with them.

Where a grantee becomes uncontactable for a prolonged period of time, or refuses to communicate with the beneficiaries, the grant may become abortive and inefficient, giving rise to grounds for revocation.

Where the court has made the grant in error.

Revocation in pursuance of compromise

Where all parties agree to a revocation to settle a probate or administration dispute and sufficient grounds can be established for the revocation.

Recession of a limited grant of administration

Grantee wishes to be relieved of duties

Where the grantee requires the grant to be revoked and can establish good reason for requesting the revocation of the grant.

If you need to apply for the revocation of a grant, or have any other questions, contact the friendly team at Armstrong Legal or 1300 038 223 or send us an email.