The Family Law Courts Are Merging…But When Will We Get More Judges?

We are Merging… but when we will get more Judges?

Major overhaul of the Family Law Courts to take effect on 1 January 2019.

The major reasons for the significant overhaul and amalgamation of the two Courts come as significant backlogs continue to grow as families await a final hearing. Whilst the examples of timeframes provided by the Attorney-General for delay indicate the national median to be somewhere between 15.2 months in the current Federal Circuit Court and 17 months in the current Family Court of Australia, many practitioners will tell you of waiting times far exceeding.

Also, the current protocol of division of work between the Federal Circuit Court of Australia and Family Court of Australia provide for Judges, on an application by any party, or on their own volition to transfer cases between the Courts. There is no right of Appeal from these decisions, and it effectively places the matter at the starting gates at the new Court, despite already waiting many months in the initial Court. Also, the Courts operate on different Rules.

A major factor for the reason to amalgamate the Courts is the overlapping of work between the Courts in the family law jurisdiction which results in confusion of where a matter may best be suited. Further, the proposed reforms reduce the current Appeal Judges work, to allow them to spend time hearing cases at first instance.

The benefits of the reforms as professed by the Attorney General:

Whilst the reforms are theoretical at this stage, we shall wait and see whether they have any real impact into the efficiency of the Court and reducing the backlog. There has been lobbying for many years for additional judges. These reforms are silent on the number of judges and in fact now require the current Federal Circuit Court judges to also hear General Federal Law matters. The judges of the Federal Circuit Court and Family Court are specialised judges in family law. The recent Callovers in the major Capital Cities called over thousands of cases in a blitz heard over a week in each Registry. What was achieved? Many cases were pulled off the shelves of lawyers and given some attention, but was it meaningful? Most practitioners will tell you that each case was ‘forced’ to mediation and in some cases in inappropriate circumstances, or despite already attempting mediation on numerous occasions prior. Some cases just need a judicial determination.

It is unclear what effect this will have on the Registrars of the Court and their role in managing cases.

So the reforms still beg the question, when we will we get more Judges?

The reforms are proposed and are subject to legislation being provided to Parliament and passage through Parliament.

If you need assistance to navigate your way around the family law jurisdiction, contact one of our family lawyers. 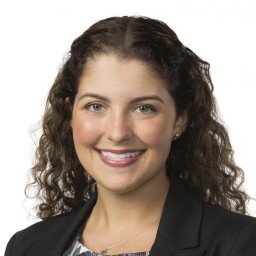 Natasha has a strong passion for family law, and believes that the law can be used to achieve positive resolutions for her clients. When working with clients, Natasha shows compassion and first seeks to understand what is important to her clients, then looks for legal solutions that will best suit them. View Natasha's profile