Why Am I Being Kicked Out?

Whilst licensed premises are designed to provide patrons with entertainment and good times, they don’t have to put up with certain behaviour.

We all know someone (or have been that someone) who has been asked to leave a licensed premises, just when they were getting ready to pull some moves or take on the reigning champ on the pool table.

It can be terribly difficult to understand at the time (usually due to that extra tequila shot you just sculled) but under the Liquor Control Act 1992 the law allows an authorised person to remove a patron from a licensed premises under numerous circumstances.

These include if the patron is unduly intoxicated, disorderly, creating a disturbance, a minor, has entered the premises despite being refused entry or refuses to provide evidence of their age when requested. In other words, any employee of that licensed premises can require you to leave without doing too much wrong at all.

Further to this, if you refuse to immediately leave after being requested, you are committing an offence liable to a maximum penalty of 50 penalty units (currently just over $6,300).

And if you think about taking on the bouncers, think again. Resisting this “escort” will result in a further offence and yes, a further maximum penalty of 50 penalty units.

The moral of the story is, “If you are being asked to leave a licensed premises, you are more than likely asking to be kicked out”. 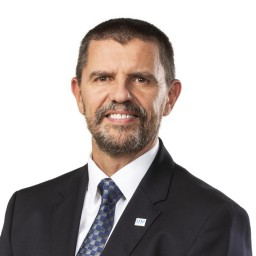 John is the National Director of Criminal Law at Armstrong Legal. The experience John possesses, being a high quality mix of defence and prosecution skills, together with his team at Armstrong Legal, mean you can be certain of accurate, dependable and practical advice on how your matter can dealt with. View John's profile