In NSW if you intimidate another person with the intention of causing the other person to fear physical or mental harm, you will be guilty of an offence that carries up to five years imprisonment.

Intimidation can take many forms. It can be things that you say to someone, either in person or via texts, as well as just simply the way that you behave.

Intimidation charges are common where people make threats in texts, emails, on social media, or in person. Often these things are said in the heat of the moment, or in circumstances where people think it is unlikely that anyone will find out (like online bullying) and people are shocked to realise that it can result in a criminal charge.

In order for the prosecution to prove their case, they need to be able to convince the Court that you actually intended to cause the other person to fear physical or mental harm.

A common explanation is: “But I didn’t really mean it when I said ……..” or, “I never would have actually done what I said…..”

The problem is that you don’t need to have actually intended to have gone through with whatever the threat was – only that you intended to cause the person to fear in that moment.

Overwhelmingly, people who are charged with this offence receive a criminal conviction. Only around 10% received no conviction.

Armstrong Legal can be contacted on 1300 168 676 to provide legal advice and assistance about these sorts of matters. 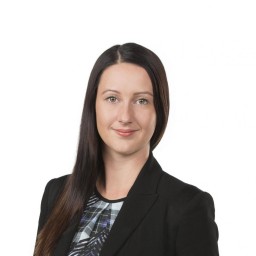 Angela is able to assist clients with all criminal offences such as assaults, drug charges, traffic matters, theft, break and enters, firearms, sexual offences and apprehended violence orders. Angela is an experienced Court advocate having appeared in the Local and District Court, the Court of Criminal Appeal as well as in Federal jurisdictions in a multitude of matters, including complex strictly indictable trials. View Angela's profile