Splendour in the Grass 2019

Byron Bay is again home to this year’s Splendour in the Grass Festival. This year, the festival is headlined by Chance the Rapper, Tame Impala and Childish Gambino. The three-day festival starts this Friday 19 July 2019 and will see over 35,000 attendees walk through the gates and past police officers and sniffer dogs.

Police will be out in force to apprehend drug users and suppliers. They will also be there to monitor and prevent any other criminal activity, for example, fights, drink spiking or fence jumping. Police and security will likely be exercising their right to refuse entry, or kick people out of the festival if they are caught in possession of, or supplying, illegal drugs.

At Armstrong Legal, we act for hundreds of festival goers each year who are charged with offences relating to drugs, violence or unlawful entry to festivals. A criminal charge is a serious matter. It can have devastating impacts on a person’s employment, career prospects and ability to travel (especially a drug charge).

Just because it’s a first offence does not mean you will automatically get a slap on the wrist. The law has changed since last year’s splendour. The old section 10 bonds have been removed. Instead, the court has the option of imposing another type of non-conviction bond (a conditional release order without conviction).

A non-conviction bond isn’t always a get out of gaol free card. Often, they will still appear on criminal history searches while the bond is active. Any trips to America, Indonesia or other countries may be put in jeopardy, even if no conviction is recorded.

If you’re attending the festival, it’s important to remember that:

We always recommend speaking to a lawyer if you are detained by police, arrested or charged. Getting legal advice prior to giving an interview to police, or attending court is critical.

Anyone charged with offences at this year’s Splendour will be assigned a date at Byron Bay Local Court. In some circumstances matters can be adjourned to a Local Court closer to where you live. 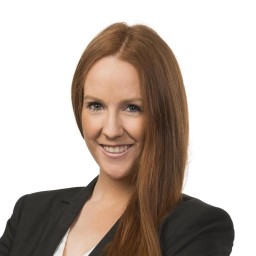 Trudie is an Accredited Specialist in Criminal Law and practices exclusively in criminal and traffic law. Trudie defends clients charged with both state and commonwealth offences and appears on their behalf in Local and District Courts. Trudie has also instructed Counsel in the Supreme Court of New South Wales, New South Wales Court of Criminal Appeal and the High Court. View Trudie's profile