Ongoing police operations are leading to more and more people being charged following “Cocaine Kiss-and-Rides” – where a person makes a “pick up” from a dealer’s car and is confronted by police soon after.

The practice is well-known in the Eastern Suburbs of Sydney and often monitored by police. Typically, the buyer will be out at a pub or club on a Friday or Saturday night and make a spontaneous call to “get a bag” to share with mates. Once the drop is organised the buyer meets the dealer at their car and the pair circle the block while the cocaine and cash exchange hands. After the deal is done the buyer is dropped-off, they part ways and undercover police (who have been watching the whole time) swoop-in on the buyer.

For the buyer, the result is often the first criminal charge in their life. In most circumstances the charge will be Possess Prohibited Drug, which carries a maximum penalty of 2 years’ imprisonment and/or 20 penalty units (currently $2,200). Despite significant maximum penalties, when the matter goes to court the ultimate issue will often be whether or not the magistrate should record a conviction (that is, give the person an entry in their criminal record).

For the dealer, there is rarely any interaction with police until some later time. The facts that police observed the transaction and are monitoring his movements are usually unknown; that is, until the police decide they have gathered enough intelligence and have sufficient evidence to lay a charge of Supply Prohibited Drug.

If the police believe the dealer has supplied cocaine on 3 or more separate occasions during any period of 30 consecutive days they may charge with Supplying Prohibited Drugs on an Ongoing Basis, which carries a maximum penalty of 20 years’ imprisonment and/or 3,500 penalty units (currently $385,000).

Whatever a person’s role in a drug deal, the police and courts take any involvement seriously and the penalties can be severe. If you have been charged with an offence it is important that you get proper legal advice. 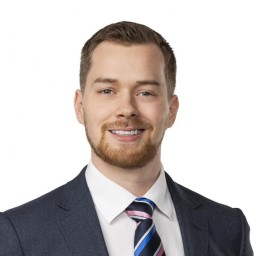 Aurhett is the first point of legal contact for clients of Armstrong Legal. He receives every new client with care, understanding and an open mind. He is dedicated to getting to the real issues involved in your matter before matching you with the best solicitor from our team of experienced lawyers. View Aurhett's profile