People often want to get a criminal matter behind them as quickly as possible.

Many people coming to Court are there for the first time, often for a matter like drink-driving or, increasingly, drug-driving.

Discounts are given for pleas of guilty at the earliest opportunity and so it is good practice to be represented, have all your references together and be ready to finalise a matter at the very first return date.

But that’s not always the situation.

One recent ACT case showed the benefit of both being represented and of taking an over-the-horizon view of things.

His offences were only about six weeks apart, but in the three months between the second of them and his appearance at court, he had changed his behaviour and had one clear drug test to tender as well as a letter from his employer saying that disqualification from driving would mean he would lose his job as a diesel mechanic.

The only way to avoid disqualification would be to receive a non-conviction order, a virtually impossible ask given the fact of having two matters, involving two drugs, inside two months.

So, it was submitted on his behalf that a non-conviction disposal would not be possible on the day – but it could reasonably considered down the track, on what is called a Deferred Sentence Order.

The defendant would submit himself to bail and supervision by Community Corrections, and, critically, to random drug tests across the course of the rest of the year. If those tests returned continuing clear results, it was submitted that not one, but two non-conviction orders could be made.

The magistrate agreed, making a final sentence date of seven months’ hence (with a return to court halfway through to check progress).

Most importantly, the magistrate indicated that if the tests were all clear, there was a real prospect of non-conviction orders at final sentence.

Knowing the various options available to the Court at sentence can make all the difference. The team at Armstrong Legal Canberra know those options and can help you achieve a result like the one they engineered in the case above. 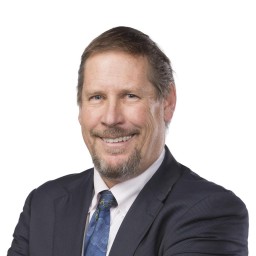 Andrew represents clients in the ACT Supreme and Magistrates Courts as well as the NSW Local and District Courts of the Canberra region. He appears also before the ACT Civil and Administrative Tribunal in licensing, mental-health and other matters. His breadth of experience allows him to tailor his advice and submissions to ensure the best possible results for his clients. View Andrew's profile